Reflecting on my Time at Fenn 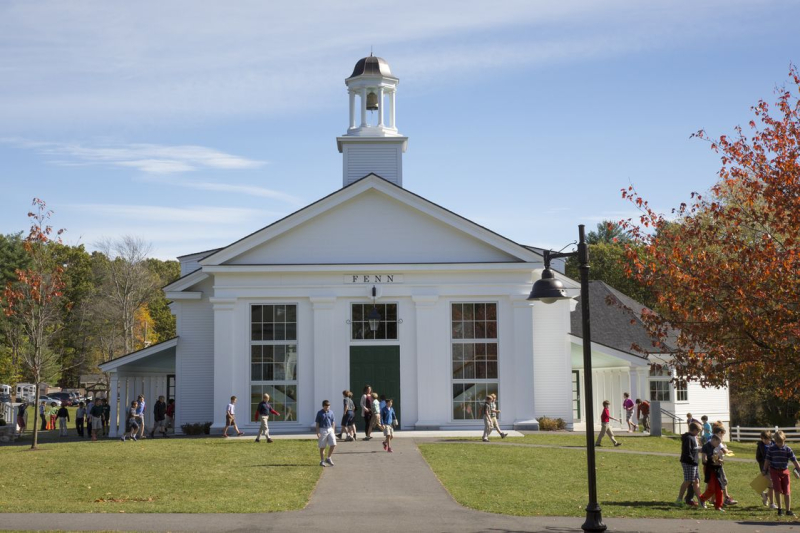 The Adventures of Tom Sawyer

An analysis of adolescence in the 1840s. 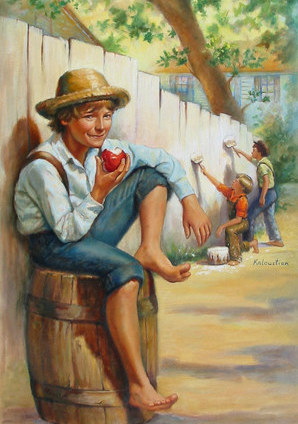 “The less there is to justify a traditional custom, the harder it is to get rid of it”
― Mark Twain, The Adventures of Tom Sawyer

Everyone has gone through adolescence, it’s a complicated time.  It appears to be similar in The Adventures of Tom Sawyer by Mark Twain. However much a troublemaker that he is,Tom Sawyer is also going through adolescence. Because he seems to be “chasing” Becky, not saying that it’s a serious thing, it’s as stupid and awkward as a middle school dance. But that’s what is a  prominent amount theme in this book, because even though we’re separated by 170 years, things are still nearly the same, schools are much stricter, with Tom and other children getting smacked and the like. Church is also ten times worse, because it’s two hours of Sunday school, then four of worship. But one thing is  still the same, and that is the way the children, including Tom  act. Especially when he first properly introduced himself to Becky at school, already seemingly infatuated with her:

Fenn Can Be Improved With Cooperation

Fenn Can Be Improved

Students and Teachers are Able to Work Together 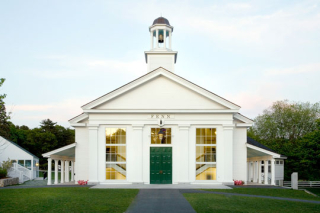 Continue reading "Fenn Can Be Improved With Cooperation " »

Remaking a Grade at Camp Belknap

Establishing a Legacy on lake Winnipesaukee.

“Being good to someone is a wonderful legacy to leave behind”

It should be the goal of every “Senior” class, to become a tight knit, friendly class. It was about to be lights out at camp Belknap, as my classmates and I talked, a thought that had crossed my mind twice already popped up. It had came up during lunch, and during the ropes course. Why have I not talked to these people before? I never considered that I would have anything good to talk about with them. But here I was, talking to people I had hardly talked to before. At Camp Belknap on our ninth grade class trip at the beginning of our freshman year, I learned that our grade needs to adapt to it’s new size, I learned that we need to have a successful 9th grade year in order to be remembered as a good grade, and I learned that you can make new friends out of people you’ve hardly talked to before.

Talking about Unimportant Things in Quarantine 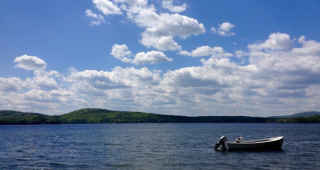 ”Sometimes the random is better than the spontaneous.”

Rip Van Winkle and His Escape From “Opression”

“Rip ... was one of those happy mortals of foolish, well-oiled dispositions, who ... would rather starve on a penny than work for a pound.”

All of us have felt that a situation has been unfair against us. We have felt bound and controlled by a tyrannical dictator. Even though in some cases it is no less than our mom telling us to do the dishes. In Rip Van Winkle’s case, in the short story Rip Van Winkle, he is bounded by marriage, and is depressed, especially when it comes to his wife. Washington Irving, creates a sad and depressing mood in the first half of the story. Rip’s only solace from the discomfort of his marriage is his walking to the Kaatskill mountains with his dog. Irving shows this in scrutinizing detail, so from the very beginning it is clear that Rip doesn’t have a very good life.

Continue reading "Rip Van Winkle and His Escape From “Opression”" »

The Oddyssey Books 5 and 6 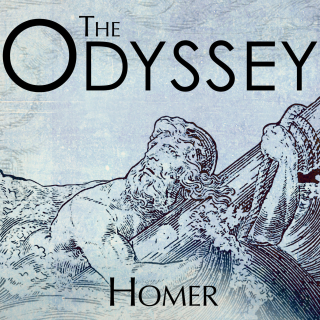 “Here I am at your mercy, princess —

are you a goddess or a mortal? If one of the gods

who rule the skies up there, you’re Artemis to the life”

Continue reading "The Oddyssey Books 5 and 6" » 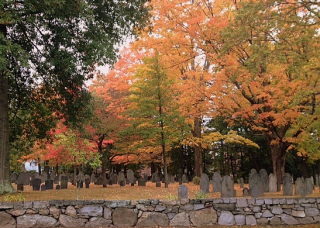 “Six suspects have robbed Concord’s richest neighborhood of all of it’s Halloween candy, four have stolen things, and the other two have been present during the crimes.”

A Child’s Christmas in Wales

A Child’s Christmas in Wales Analysis 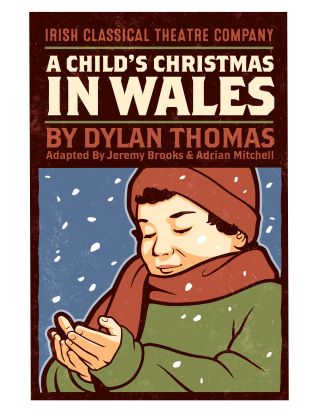 “It snowed last year too: I made a snowman and my brother knocked it down and I knocked my brother down and then we had tea.”

My Conflict, and Resolution, with Thoreau 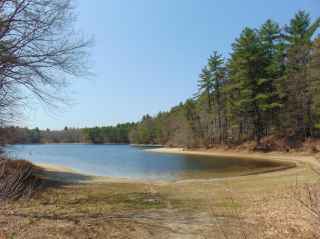 ”A new, unprofaned part of the universe”