By Elliot, Dato and Ben L

Chapter 8 Metacognition “All Quiet On The Western Front”

“The Russians are much closer to one another that the Germans”

Continue reading "Chapter 8 Metacognition “All Quiet On The Western Front”" » 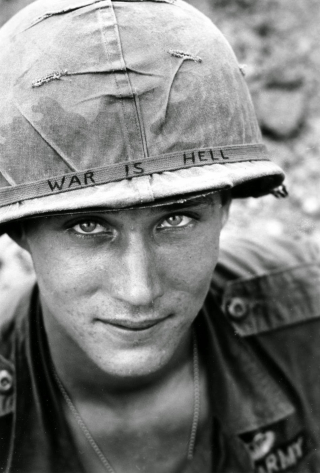 Holy shit... 32 men! We have all felt like we’ve seen something terrible before. However, during All Quiet on the Western front by Erick Maria Remarque, Paul and his friends witness the horror of war firsthand.

I have never experienced war, but during the modern era, I’ve seen plenty of war in the entertainment industry. However, it’s different when I’m reading about it. I can see the image clearly, Paul so high on adrenaline, throwing grenades and running, and having men dying all around, it takes a lot to get through something like that, and some veterans don’t,

They were screaming, gurgling and dying, recruits going virtually insane. I had to approach the whole chapter with a different mindset, the theme is no longer companionship, now the theme is survival. I felt like I was on the front (as much as I could be) and the only glimmer of hope these recruits have, is to receive training from the old timers. Between the gas, artillery, grenades and machine guns, chapter six gives me, and all other readers a vivid  image of the horror of war, by still child’s play compared to what soldiers go through.

In the end, after repulsing the attack and capturing the enemy trench, Paul and the other Germans gorge on the fresh supples of the allies, they survived the battle, but still, they haven’t survived the war. How they’ve survived the war so far, both physically and mentally, is a miracle.

Chapter Six gives us respect for veterans, who put their lives at stake abroad, to keep us safe a home, and some don’t come back. The sheer horror of war is something none of us in Eight grade can comprehend, and it would be best if it stayed that way.

The Meaning Of Friendship

The Meaning of Friendship

A real friend is one who walks in when the rest of the world walks out.”
– Walter Winchell 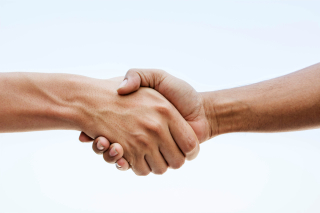 Frienship is one of the most important thing a person can have. Friends comfort you when you feel awful, and can make a bad day a good day. Friends are pretty much all Paul has on the front, which has in a way became a home for him. It’s in a way similar to when I moved to Massachusetts about a year ago.

Continue reading "The Meaning Of Friendship " »

Chapter 7 was much more slow and depressing than the quick passed chapter six, chapter 7 was more of a question on how Paul will fare after years on the front.

In it he visits his family, and feels like he doesn’t belong there, he isn’t a child anymore, the front has made him a man, and as a man he doen’t feel comfortable at homme, in fact, his home probably feels like the font, as much of a hellhole of a home as it can be.

t one point fairly early on in the chapter Paul and his friends hook up with somme French girls, a young man’s dream, but it isn’t Pauk’s it turns out, and he isn’t able to enjoy it, he’s lost too much to be able to enjoy it.

Chapter 7 is about the psychological effect on soldiers, Paul has PTSD, and get’s startled quite often, the war has taken a toll on him and the other soldiers, and robbed them of their childhood, which is never coming back.

All quiet on the Western Front

“The path from dreams to success does exist. May you have the vision to find it, the courage to get on to it, and the perseverance to follow it.” - Kalpana Chawla

The best quality for a soldier is durability. In the book, All Quiet on the Western Front, by Erich Maria Remarque, all soldiers—no matter there age—must find it in themselves and within each other to endure the hardships and tragedies of WWI and terrible trench warfare. Paul and his comrades have gone through a lot of pain, both mental and physical. Many of Paul’s comrades may be young, inexperienced in warfare and even in life in general. However, they must dig deep down and find the will to keep pushing through all the agony and torment they experience—once again both mentally and physically. Paul and his comrades are tasked to go to the front to lay down barbed wire, and they do expect to lose some men. After hours of hard labor on the front, they begin to walk towards the lorries(trucks) when all of a sudden the British begin their artillery barrage. Paul and comrades begin to search frantically for protection from the blasts and shrapnel, when suddenly, Paul comes in quite close proximity of a blast:

The earth bursts before us. It rains clods. I feel a smack. My sleeve is torn away by a splinter. I shut my fist. No pain. Still that does not reassure me: wounds don’t hurt till afterwards. I feel the arm all over. It is grazed but sound. Now a crack on the skull, I begin to lose consciousness. Like lightning the thought comes to me: Don’t faint! I sink down in the black broth and immediately come up to the top again. [All Quiet on the Western Front-Chapter IV]

Paul is almost knocked out by the blast of a bomb, and for a second he himself thought it was all over. However, he finds it in himself to persist, so as to avoid certain death. He shows great determination, a quality which any soldier must strive to embody if he or she wants to just stay alive. He knows that he still wants to return home, not the barracks, but home, we know this because he reflected on the fact that the older soliders/officers have wives, children and jobs, and Paul would like to return to Germany and create a life for himself. We know that Paul and his comrades will suffer through many times; however, if they want to live, they must persevere through these terrible times. Their only way of making it through the unspeakable events of the terrible war alive will be to find more grit and resilience in themselves and each other.

I worked with Ben Lisa and Dato in class on Wednesday, this was the result. Dato did the typing, but Ben and I added in our own sentences over his shoulder, and at the end we all had contributed equally. I felt that we did a good job and that I had great partners, and i would be happy to work with them again. We were able to finish the entire thing in class which was great. In the end, I had great partners for this assignment, and enjoyed it every step of the way.

Chapter Three was a chapter focused on the way power corrupts the human man.  Someone who was a poor, “Peasant” in Germany, could be an officer in the Army, and especially during war time, being promoted was easy. So when people that aren’t used to power and don’t know how to handle it are put into a position of power, then they are easily led into being corrupt and abusing their newfound power. This happened in WW1, it happened in the crusades Centuries before, and it is still happening now. Power corrupts, and this is a known fact. This usually doesn’t work out for those in power, because the people being abused can rise up and overthrow their superiors. This is why Democracy works, those who get elected are well liked and (usually) know how to run a country. So when someone the people like is put in power by the people are is constrained by checks and balances, while also having a limited time in power, it usually works out well. But this system doesn’t apply to the Military, where in some cases rampant corruption can exist. In the end, sometimes great corruption scandals get released about officers and Generals in the Armed Forces, and this will continue unless some change to the system is made.