How I got here

How and Why decided to go to Fenn 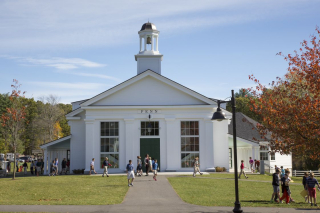 ”Victory for Fenn, DOWN WITH FAY!”

-The good version of the Fenn School Song

We’ve all had to make very tough decisions in our life. I’ve moved several times, and have always had to make a hard decision, but it was Fenn that I really had trouble deciding. When I had just went through the application process; I had to go through it again less than two years later, I loved Fenn, and was ecstatic when I was accepted, but I had to convince my parents that Fenn was the best choice. I’ve never had to make such a hard decision, should I listen to my parents, who know me more than everyone else, or should I follow my gut, and go to Fenn? It was as if I had to choose which parent I preferred, but after I visited Fenn in the Spring, I had made my mind, I was definitely going to Fenn, and soon my Mom agreed, but my dad was reluctant until the end. It add me feel like I had let him down, choosing my needs over his, but I new myself more than him, and I wanted to go to Fenn. He eventually obliged, I was going to Fenn. I had made my description, and it was that I was to go to Fenn, my parents only wanted what was best for me, but so did I, and I had decided to go where I thought I should go, and it paid off, the decision was tough, but after I started attending Fenn it became clear that it was the right choice. We all have to make tough decisions, but usually we know which one will be the right one for us.

How I got here

How and Why decided to go to Fenn

”Victory for Fenn, DOWN WITH FAY!”

-The good version of the Fenn School Song