Camp Belknap and the 9th grade

Reshaping a grade on lake Winnepesaukee 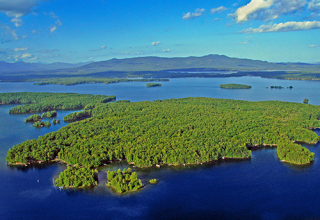 “Carve your name on hearts, not tombstones. A legacy is etched into the minds of others and the stories they share about you.”

It should be the goal of every “Senior” class, to become a tight knit, friendly class. It was about to be lights out at camp Belknap, as my classmates and I talked, a thought that had crossed my mind twice already popped up. It had came up during lunch, and during the ropes course. Why have I not talked to these people before? I never considered that I would have anything good to talk about with them. But here I was, talking to people I had hardly talked to before. At Camp Belknap on our ninth grade class trip at the beginning of our freshman year, I learned that our grade needs to adapt to it’s new size, I learned that we need to have a successful 9th grade year in order to be remembered as a good grade, and I learned that you can make new friends out of people you’ve hardly talked to before.

People adapt to changes in their lives, and two thirds of our class has left, our grade as we know it is gone, and it is up to us to reshape the grade, and fill in the roles of those that have left. For the past five years our grade has mostly been made up of the same people. These people have all had their own parts in the grade, for example; Sam Lyons was that well behaved kid who was obsessed with animals, among other things. I remember one time when he walked up to me and said “I’ve started this list of strange animals, can you help me research them?” and over the next two years, Sa put hundreds of animals on that list. Who can replace him? The answer is no one. What we can do though, is fill in the gap that he left, by figuring out how our grade works without him, and make our grade whole again by doing this. We all miss the people that are gone, even if we each miss other people than one another. We need to come together as a grade and make this year the best it can be.

We are as we are remembered, so we need to have a good year in order to be remembered as a good grade. We can do this if we cooperate together, and be nicer to the younger grades. (Something last year’s ninth grade didn’t do) While My cabin mates and I talked in our cabin, we realized that we can do this by being enthusiastic and accepting towards one another. Since we will be in classes with some people that we have barely even talked to. If we want to establish a legacy as a great grade then now, more than ever, we need to act like a great grade. In 7th grade, the class of 2018 had a wonderful ninth grade year. They did this by being kind to one another, being optimistic, and, although this sounds cheesy, embracing the core values. They were empathetic, kind, honest and respectful to one another, and kids from other grades. As a result, they are remembered as a wonderful class. On the other hand, the class of 2019 had a less successful senior year because they didn’t embrace the core values, and they didn’t grow closer as a class. They had five or six graduation parties instead of one. We need to learn from past ninth grades in order to make ours successful.

Most people only talk to people they have talked to before, I am the same, I generally only talk to one group of people in my grade, so I was dumbfounded by  how much I got along with my cabin mates. The cabins were assigned randomly, and I was put into the cabin in which I had the least friends.  I was initially very disappointed with my cabin, but as we progressed through the trip, I realized that I got along just fine with everyone in my cabin. Nowhere else was this prominent, than when we were trying to find the ropes course, it was on the other side of the camp.

If I had realized this last year, I probably would have had a better eight grade. The key is to give others in your grade a chance, and if you do, you’ll realize that you get along with more people that you previously thought.

The Camp Belknap trip was a great start to a hopefully successful ninth grade year. If we get closer as a class, remake our class, and be kind to the younger grades, the coming year will be great. Here’s to a good ninth grade year!

Camp Belknap and the 9th grade

Reshaping a grade on lake Winnepesaukee

“Carve your name on hearts, not tombstones. A legacy is etched into the minds of others and the stories they share about you.”