Giving Thanks to My Family

"Family isn’t everything, it is the only thing" 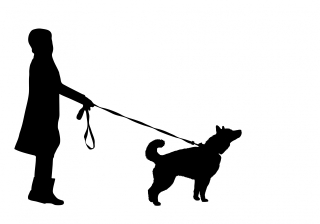 The Power of Hardship

The Hard Time that nearly ruined my life

Continue reading "The Power of Hardship" »

The power of a place

How a place changed my life 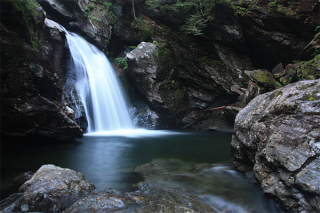 "The world is not perfect, you need to find a place that is perfect for you."- Unknown

A special place can change life forever. The special place that changed my life is Bingham Falls in Stowe, Vermont. Bingham Falls is a beautiful place with ginormous rocks, colorful trees, and touching views; however that isn’t what makes it special to me. I learn a lesson and relearn a lesson at Bingham every time I go there. The falls are not easy to get to. You have to hike down a long, windy, and at time dangerous path to get to the falls. I often stumble down the moss covered rocks while rushing to get down to the falls. While rushing down to the water my Mom screams at me “be careful”.  I nonchalantly wave her of and keep going towards the water. As soon I touch the water my skin goes numb. I slowly make my climb up to the the rock that I jump off up. Once I reach the top of my rock my feet start to shake I start telling myself not to jump, but then I say to myself what is the point of coming here if I am not going to jump. Without thinking I leap off the rock into glassy clear water. When I reach the top of the water I realize that I have done it. I feel incredible and I would not have felt the feeling I just had if I did not jump. With being here, jumping off the top rock makes me realize you need to live your life to the fullest to get the most out of everything in life. I live my life to the fullest everyday and I never would have been able to do it without the experiences I have had at Bingham Falls.

Violence and a Primordial Beast

How Buck Changed with Violence and the Primordial the Beast

“Adaptation is a profound process. It means you figure out how to thrive in the world” - Anonymous 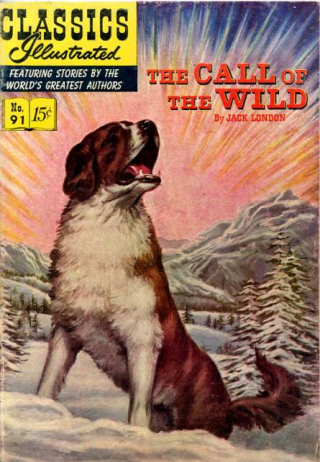 “At a bound Buck took up the duties of leadership, and where judgment was required, and quick thinking and quick acting he showed himself superior even of Spitz, of whom Francois had never seen an equal" [The Call of the Wild, Chapter 4]

Gashes cover Bucks body, he is cold, tired, and covered in blood; however he feels better than he ever has before. Buck has killed spitz after a long and gruesome fight with the vicious lead dog. After winning the fight Buck is now the top dog and the lead sled dog for all the other dogs around him. In The Call of the Wild, by Jack London, Buck releases his Primordial Beast and uses violence to kill , survive, and become the leader of the dog pack.

All humankind and animals possess a Primordial Instinct. In The Call of the Wild, Buck releases his Primordial Beast when he is torn away from his life and forced to adapt to another way of life. Buck’s environment changed when he was taken from the warm, sunny weather in California and forced to live in the Klondike’s, a cold and harsh environment. Bucks also now  treated in a manner that he is not used to. In California, he had an easy life and was treated well. Once he arrived in the Klondike’s the treatment he received changed significantly. He was beaten by his owners and attacked by his fellow dogs. Even though Buck didn’t want to be like the other dogs he eventually grew to want to lead them.

It was inevitable that the clash for leadership should come. Buck wanted it. He wanted it because it was his nature, because he had been gripped tight by that nameless, incomprehensible pride of the trail and trace—that pride which holds dogs in the toil to the last gasp, which lure them to die joyfully in the harness, and breaks their hearts if they cut out of the harness [The Call of the Wild, Chapter 3].

When Buck arrived at the Klondikes he was just trying to survive, but as time went on thePrimordial Beast inside of him came out. The situation he was in and his environment had changed him. Surviving for Buck was not enough anymore. He wanted to be on top and lead the pack. His Primordial Beast had taken over and he was no longer the Buck he was in California. Bucks Primordial Beast brought out other characteristics in him that we had not seen before.

Often humankind and animals need to act a certain way in order to lead. Buck learned he would not be able to lead the pack without using violence towards the other dogs. From the moment Buck was kidnapped, he saw first hand that violence was a way of life and would now be a part of his. He was beaten by his masters to a point where he could barley breathe. This abuse continued on a daily basis. Buck also saw the other dogs attack and fight each other constantly. Some fights between the dogs even ended in death.

Buck was beset by three huskies, and in a trice his head and shoulders were ripped and slashed. The din was frightful. Joe was snapping like a demon. Once, his teeth closed on the fore leg of a husky, and he crunched down through the bone... Buck got a frothing adversary by the throat, and was sprayed with blood when his teeth sank through the jugular. The warm taste of it in his mouth goaded him to greater fierceness [The Call of the Wild, Chapter 3].

Overtime Buck embraced and thrived on violence. He began to enjoy the taste of blood and winning fights against the other dogs pleased him. He took pride in using violence to become the leader of his fellow dogs. Buck was once a scared and lost dog, who did not want to be in the position he was in. Now Buck was surviving in the violent environment he use to be afraid of.

Even though Buck is a dog, and this story is fictional, Jack London finds a way to show how someone has to adjust when they are put into a new situation. Best of all he finds a way to make this story relatable to the reader, which drives them to keep on reading. Throughout this whole story, I understood how this change for Buck was difficult. He had to get used to a new routine, find new people he could trust, and find a way to survive. Essentially Buck has to adapt to a completely new life. Sometimes as people we are pushed to behave a certain way based on the environment we put into. This is similar to how Buck feels he needs to become violent in order to survive and lead all the other dogs. All this detail led to a great experience for me. Reading The Call of the Wild was one of the best reading experiences I have ever had; however it was a challenging one. Although the story is fictional the themes that were displayed in the story challenged me to think, and question every sentence I read. Even though my experience with this book was challenging it was great for me because I learned how to think deeply about little things in literature. This is a skill I can use for books I read in the future. All of this comes back to how Buck learned new skills in the Klondikes and how he can used all of the skills for challenges he faced.

My experience with this book taught me skills I can use for everything I read in the future. It is similar to how Buck experienced change, good and bad. This change brought out Bucks Primordial Beast, which helped him massively with challenges he faced throughout the whole story. The Primordial Beast in Buck came out through violence. Buck had to act in violent manner towards the people and dogs to get through challenges and lead his other dogs. Even though Buck did not choose this life, going through difficult and challenging times made Buck stronger, smarter, and a more complete dog.

The Power of Passion

Everyone Has a Passion

Life is not complete without a passion. My life would not be complete without competition in sports, especially in baseball. I enjoy the excitement before the baseball game starts, being in the dug out with my teammates, and watching the pitcher each inning. However, the competition during the game is what drives my passion for the game. I love competing against the ball, the other team, and my own bat. On a cold Sunday night, I hop out of the car and start walking to Westboro’s baseball field. It is my third game of the day and my feet are beginning to swell and sweat. I keep wondering, how am I going to get through this game? Even though my feet hurt and I have played dozens of innings today, my passion for baseball kicks in and I am ready to play. I step up to the batters box for my first try up at the plate and glance at my shiny black Easton bat. I am ready for the first pitch. The pitcher comes set and throws the ball. As soon as I see the ball I develop a sudden hatred for it and rip a line shot into the left center gap. I dig for second and slide in safe for a double. As I get up to look at my team’s dugout, I see the opposing team’s coach walk out to meet with their pitcher.  I can tell my hit put the pitcher into a into a tough and uncomfortable position. My at bat fired me and my team up to keep competing and beat the other team. Without these experiences every single weekend, my life would not be complete. It is what I live for and look forward to day in and day out of my life.